How to handle five generations in the workplace

Take a look around the workplace, and you’ll see it’s much different than it was a decade ago. With people retiring later than they used to (65 is no longer the norm), five generations of the population now work side-by-side and will continue to do so for the foreseeable future.

Having millennials and baby boomers in the office is a benefit for organizations: Research shows that companies with diversity perform better. On the flip side, having lots of differences can pose challenges for companies, if not acknowledged and dealt with correctly in ways that make employees feel seen, heard and respected. Read on to learn more about the common obstacles companies face when dealing with age dynamics, and learn a handful of helpful tips for navigating them.

Never before have there been five generations working a 9-to-5 lifestyle. As medical advancements help people live longer and fuller lives, employees are working longer and delaying retirement to help offset rising healthcare costs.

One thing is for sure: Communication preferences will differ widely between age groups. Gen Z and millennials will likely struggle to remember a time when they didn’t use Slack or Snapchat, whereas baby boomers spent the beginning of their working years using card catalogs, landlines and phone books. Most younger workers are fluent in Google Docs, whereas workers three times older than them may feel most comfortable in a standard Word or Excel document. With so many different generations working in the office, managers must standardize technology used across the office, communicate their expectations and provide adequate training for those who don’t know how to use certain applications.

Age differences can also come into play when younger workers manage older employees, a common phenomenon with millennials advancing in the ranks. Some might argue that managing someone older is not that different from managing someone their own age, but it’s good to be prepared. There are resources, courses and workshops available to help younger managers recognize and respect generational differences and adapt their management style as necessary to minimize awkwardness.

Companies should make an effort to make employees of all ages feel valued. This is especially important when trying to create a positive environment where older people feel comfortable being managed by someone much younger.

Mentoring is a smart strategy that can break down barriers between people of different age groups. Cross-generational mentoring, or pairing younger workers with seasoned execs, is a great way to open the lines of communication and create a deeper understanding among generations.

Your workplace might also want to consider experimenting with mixed-aged teams; having more diversity can help encourage creative problem-solving and avoid group-think.

Another idea? Survey employees to get a sense of what they value. Get to know how they prefer to communicate and how they see themselves advancing in the company. This information can be applied directly to your human relations and business strategies. You’ll probably find that what matters to employees differs among age groups. Having this information can help you attract your desired segment of workers and give employees the perks and incentives that matter most to them. 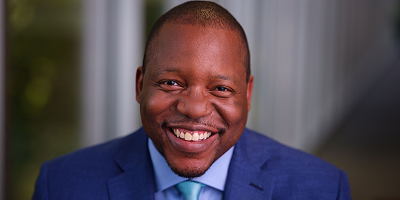 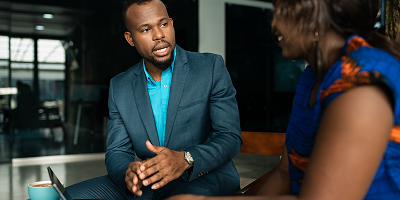 How to get the most out of a mentorship 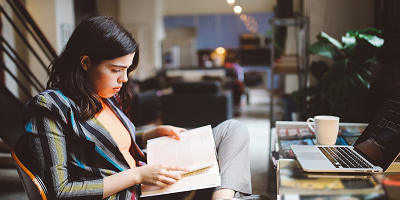 10 books that could change the way you think at work