4 ways to be more innovative at work

Protective Life Digital and Innovation team member Ben Podbielski attended MIT’s Technology & Innovation Bootcamp and came away with four tips for how to be innovative at work.

Over 3,000 people applied to MIT’s Technology & Innovation Bootcamp in Tokyo. Ninety-five people from 32 different countries were accepted. Of the five people selected from the United States, I was one of them.

So, what exactly is this Bootcamp? Well, the MIT Technology & Innovation Bootcamp is an accelerated learning program designed to teach and allow for practice of leadership and innovation principles taught at MIT. In addition to this, there were lectures from MIT professors and scientists on robotics, artificial intelligence (AI), machine learning and the Internet of Things (IoT). This was a chance not only to learn from some of the greatest minds in the world today, but also to network and interact with individuals doing the same type of work from around the globe. But before even getting to the Bootcamp, participants were asked to take four online courses and read six books.

The Bootcamp kicked off with a three-day trip to the Tohoku region of Japan to provide us with a deeper understanding of how the 2011 tsunami affected the country. This part of the Bootcamp was highlighted by the experience of being the first person from Alabama to visit the Fukushima Daiichi Nuclear Power Plant since the accident and see the collapsed reactors up close.

Once back in Tokyo, the Bootcamp went into high gear. From 7:30 a.m. until 5 p.m. for the next seven days, the schedule consisted of lectures and the discussion of AI, machine learning, IoT, emerging technology ethics and other topics. These lectures and discussions were led by some of the top professionals in their respective areas, including Brian Subirana, Joi Ito, Sanjay Sarma, and Rodney Brooks. After 5 p.m. and until around 2 a.m. each day, we broke into groups and worked on building a startup based on the 24 steps of discipline entrepreneurship. On the final day of the Bootcamp, each group presented their startup pitch.

How to be innovative at work

I certainly learned and experienced more in this Bootcamp than I can probably ever put into words. However, I wish to share with you the four things I think we can all do to be more innovative in our work.

2. Find the actual problem you’re trying to solve
Sometimes the core problem isn’t obvious. Most people see Uber as solving the problem of catching a cab, but the problem Uber really solves is transportation. In fact, in New York City, even though there has been a reduction in taxi usage, the total market for taxis and ride-sharing services has almost doubled since the introduction of Uber. This shift was due to people realizing they had transportation alternatives, even when it wasn’t Uber. Find that core problem that you’re trying to solve.

3. Always ask why
Think differently. I know that’s Apple’s mantra, but why shouldn’t it be everyone’s? That’s really what you have to do. Don’t accept something just because. Be willing to ask why something is done a particular way and find out if there is a better way of doing it.

4. Be willing to pivot
The initial problem my group took on at the MIT Bootcamp, which we started to explore with market research, turned out not to be a problem for people. However, the market research did shine light on another issue, and we were able to pivot to that. Even though we were invested in our initial problem, we had to be willing to admit that we were wrong. Don’t stick with an idea just because it was your idea or because it was the first idea.

Feeling inspired? Find out why you shouldn’t ignore your own professional development. 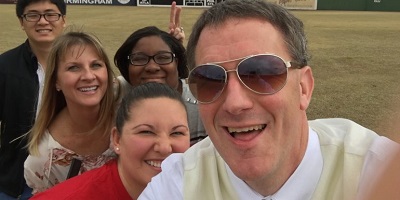 What is the value of team building? 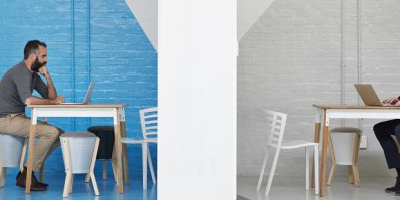 What do popular personality tests tell you?